Each ship has 3,746m of vehicle lanes and will be able to carry 1,750 passengers, 195 cars and 180 lorries, dwarfing the old Pride of Dover and Pride of Calais, as these shots show: 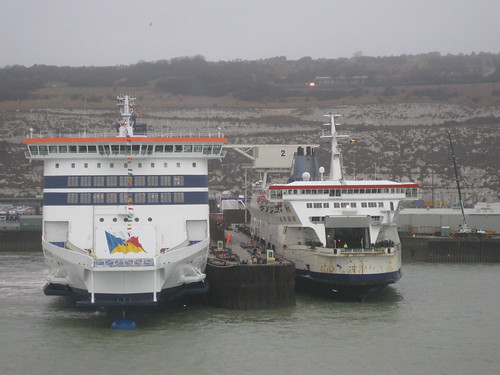 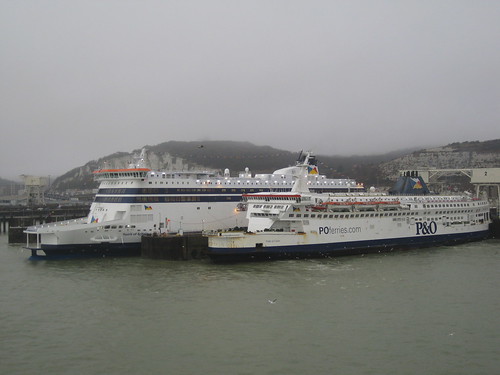 The Spirit of Britain replaces the Pride of Dover is due to go into service on the 21st January, I believe. Each of the new ferries has a dedicated deck for tourist vehicles – motorhomes and caravans – meaning that we will now be separated from the lorries and coaches when boarding ferries.

An identical sister ship, the Spirit of France, will replace the Pride of Calais and is currently being completed in Finland.

Here’s a shot of the Spirit of Britain entering Dover: 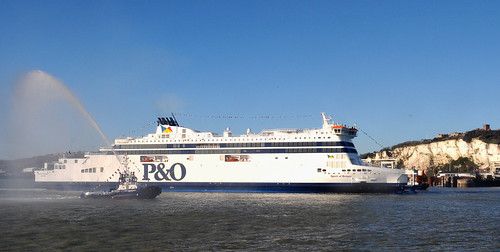